This win at RBC Heritage is the first of the season for Spieth. He shot a final-round five-under 66, which included two eagles in the first five holes, and narrowly beat fellow SuperStroke Ambassador Patrick Cantlay with a tap-in par. (SuperStroke’s Flatso 1.0 is also Patrick Cantlay’s putter grip on tour).

“It’s always a pleasure to watch someone like Jordan Spieth pull off a well-deserved victory like this one. Patrick’s performance, too, was hard-fought, and overall it was thrilling to watch these two talented players go head-to-head,” said Dean Dingman, CEO of SuperStroke. “It’s moments like this that highlight the perseverance and determination in players who choose a SuperStroke grip.”

Jordan Spieth has played the RBC Heritage three times since 2015 and this week marks his first victory there. This is the second top-ten finish for Spieth in the 2021-2022 season after he finished 2nd at the AT&T Pebble Beach Pro-Am.

SuperStroke is the most popular putter grip on the PGA Tour and the choice of top players like Jordan Spieth,  , Patrick Cantlay and Sungjae Im, as well as world-renowned putting coach Phil Kenyon. With putter grips designed for every kind of player and putting grip style, there’s a SuperStroke grip that’s been innovated for every player looking to get the most out of their grip and sink more winning putts. 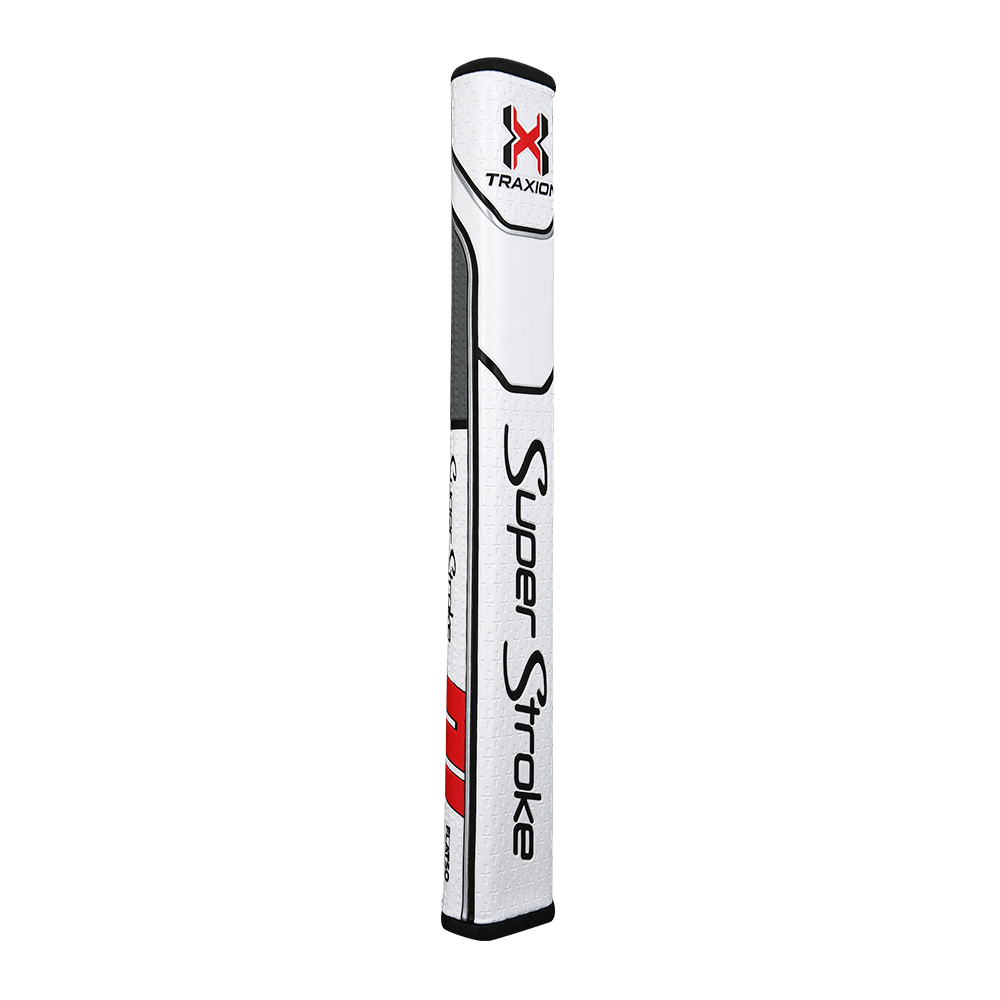 What putter grip does Jordan Spieth use?

How does Jordan Spieth hold his putter?

Jordan Spieth holds his putter with the left-hand-low putting grip, also known as the cross-handed grip.

Xander Schauffele Wins the Travelers Championship With a SuperStroke Grip

This past Sunday, Xander Schauffele won the Travelers Championship at TPC River Highlands at 19-under. He secured the victory with a SuperStroke Traxion Tour...

This past weekend, Rory McIlroy walked away with the victory at the RBC Canadian Open at St. George’s Golf Course in Ontario. McIlroy nabbed...

Xander Schauffele Wins the Travelers Championship With a SuperStroke Grip